Everyone has different ways of working and I find that working with other people is not only immensly enjoyable, but also teaches me new ways of working and new styles of playing. I am always anxious to learn as much as I can about as many types of music as I can - the only frustrating thing for me is that one can't know (or be good at) everything!

Although these days I play a lot of contemporary music and jazz, I was originally trained in the traditional fashion (by ear, learning how to arrange and re-arrange and re-arrange again all those old tunes!). Fearghal and I delight in bringing our entirely contrasting tastes and playing styles together, and we like to think we put on a good energetic show! We also both very much enjoy teaching and we run regular workshops around the Auvergne-Rhône-Alpes region of South East France. 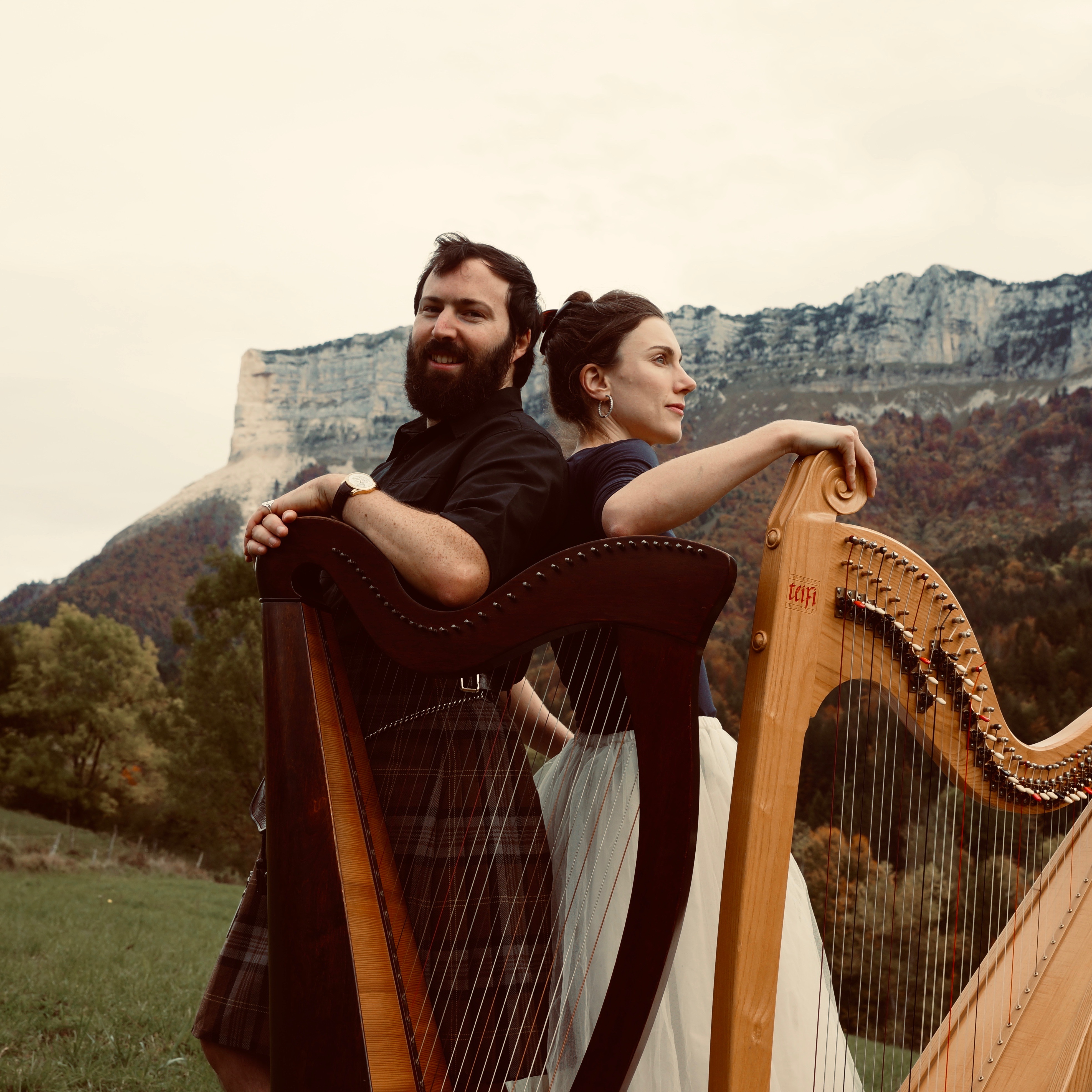 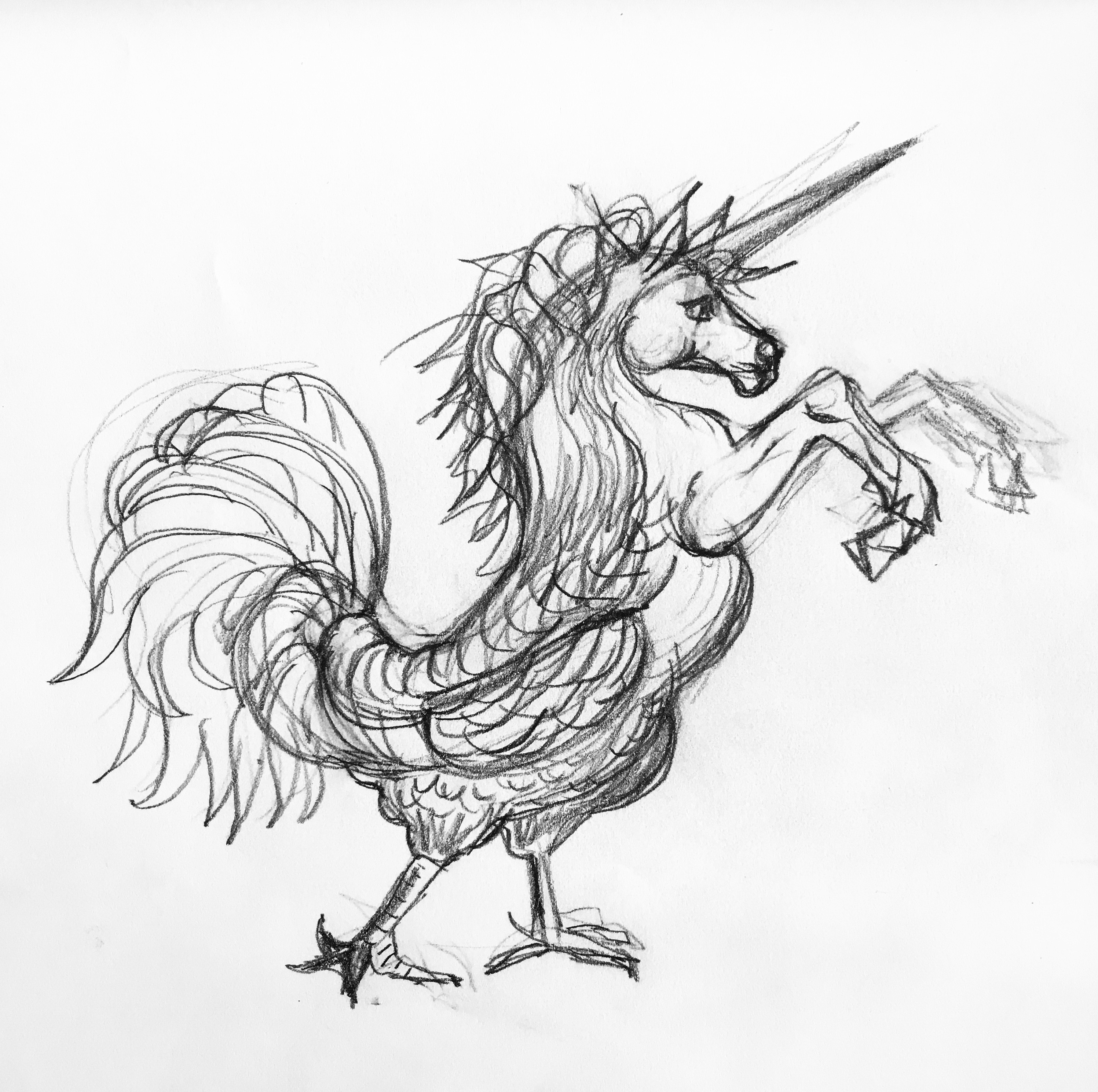 What began as a language exchange quickly blossomed into a musical one. And what else could a mixture of the French 'Coq' (Rooster) and the Scottish Unicorn be but a 'Roosticorn'? Admit it, he's quite absurdly magnificent!

Perhaps my favourite thing about working with Red Hood Productions is the amazingly creative briefs I am given: 'can you create a soundscape that immerses us in the mind of a young waitress from the 1940s - if that girl also happens to be a werewolf...?'.

We work together on installations and storytelling events, most recently with the Freud Museum London as part of their celebration of The Uncanny, and have appeared for several years running in the University of London's Being Human festival of the humanities. 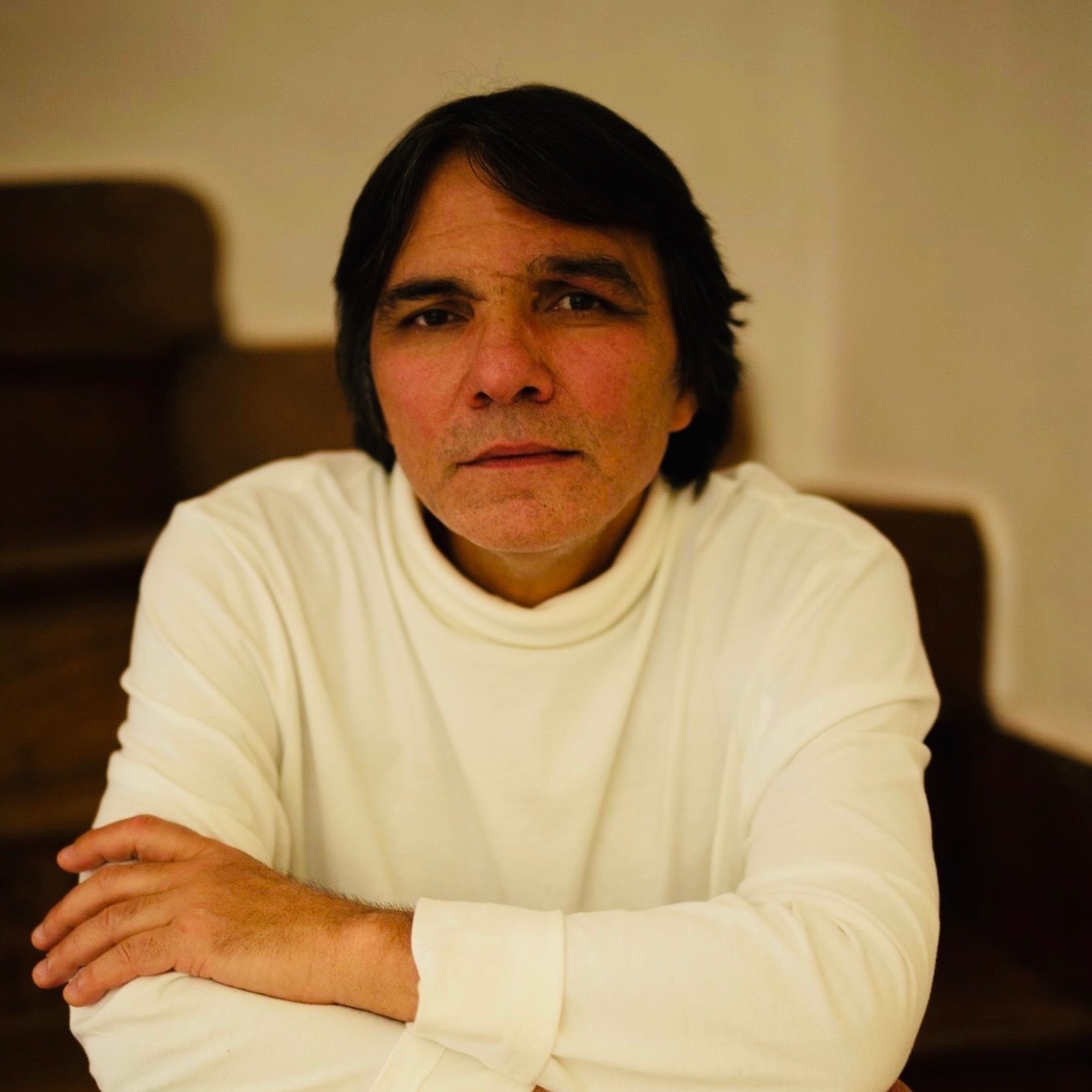 Brazillian songwriter and producer João Ponciano Neto and I have collaborated on an eclectic mixture of music, and he has written some beautiful lyrics to some of my melodies. I am currently working on translating a number of his many songs into English.

Here he is singing my song 'Annie', to which he very kindly wrote much better lyrics than I could!

Franz Robert Wild is one of South West France's foremost singer songwriters, and his Dylan-influenced American Folk-style songs are both incredibly singable and emotionally resonanting. It has been a pleasure to be involved with his work and my initial skepticism as how a harp would fit into the mix has been well and truly overcome! 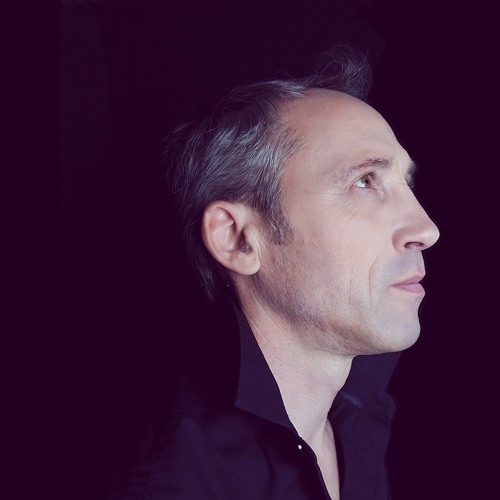